This past week, my husband had a business meeting he was looking forward to. He’s an inventor.  A visionary who sees a need and then figures out how to solve for it. So when he met with a group of engineers and directors at a large corporation to present his plan to redesign their product packaging, he was excited about what he had to show them. It not only solved their problem; it reduced their plastic, and even decreased their cost substantially.

They were impressed. They talked among themselves about how how it would improve the security of their product and how well they expect it to be received by their end customer and the innovation it would bring. There was just one thing they couldn’t get past. These trays get shipped to their customers in boxes…which they already had a large supply of. Finally the CEO who had been listening quietly spoke up. “Are we seriously talking about boxes?” “You’re right.” Someone said. “Scrap the boxes. This is going to change everything!”

What my husband shared as just a recap of his day was a little gold nugget that I shared with the members of Rising Soul. We’ve been talking about our identities this month. The story made me think of the boxes we put ourselves in. We look to our past to see what’s possible in our lives. We get hung up on minuscule details and allow them to prevent us from change. We let all the lies we’ve believed and the identity we’ve adopted (from the world–not from our Creator!) box us in and keep us from growing and expanding.

How often do you box yourself in with your own thoughts about yourself and what you’re capable of?

“I am terrible at math”

“I could never do that.”

“I’m not strong enough to handle this.”

“I’m not good with money and budgeting.”

God is bigger than any limitations that we can box ourselves into. This means we're capable of so much more than we realize...because God can do all things in and through us!

Of course not all things need to be changeable. But it’s possible they could…whether with practice or a change in thoughts and actions.

The problem is that humans have what’s known by psychologists as a cognitive bias.  It means our brain is always looking for evidence of what it already believes is true. (It’s also the scientific explanation for the self-fulfilling prophesy.) A belief is nothing more than a thought we’ve thought so many times that our brain accepts it as reality and no longer checks for evidence to the contrary.

Another problem with this is that God is bigger than any limitations that we can box ourselves into. This means we’re capable of so much more than we realize…because God can do all things in and through us!

This morning I was reading in Acts where Paul gave an account of his life while standing on trial.  He told the King and the crowd that he was raised Jewish and had been taught by the best teachers all throughout childhood.  He was a member of the strictest sect of the Jewish religion- living as a Pharisee, until he was old enough to take the road hunting down Christians.  He admitted that he even held the coats for people as they stoned a man to death!  And then…he went on to share the story of how he met Jesus one day on the road to Damascus, and how Jesus had changed him completely-from murderer to messenger.

Thank God (literally!) that Paul didn’t allow his past to box him in.

Instead, he found freedom.

A new way of being.

A life that looked nothing like the one he left behind.

Sure, others tried to keep him in the box he’d put himself in.  Some preferred he stay there.  “Wait!” Some said, “Isn’t this the guy who ran around killing people? Do we really trust this guy enough to listen to what’s he’s got to say?”  I may be taking some liberty here with my translation, but the point is that it’s natural to hang onto what we’ve believed of ourselves- and others-in the past, in order to anticipate the future.  By doing so, we run the risk of limiting ourselves or resisting the change that God has in store for us!

The next time you catch yourself identifying your abilities or character by your past, stop and ask yourself:

Then scrap the box, knowing God can change anything!

Need help breaking out of that box?  Join us in the Rising Soul monthly membership where we deep dive into a different topic each month to get intentional about living the abundant life we were created for.

Click here to learn more and join the wait list so you don’t miss out when doors reopen next! 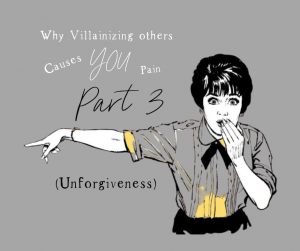 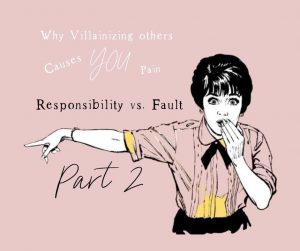 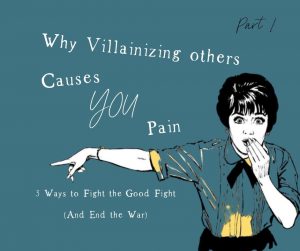 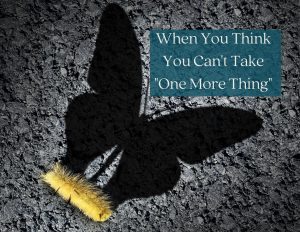